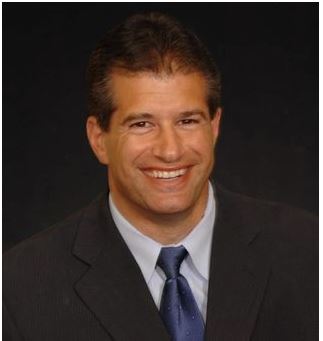 Steven Benvenisti, Esq. is a Partner at the Law Firm of Davis, Saperstein & Salomon, P.C. He is Certified by the Supreme Court of New Jersey as a Civil Trial Attorney. As an attorney, he represents personal injury victims from car accidents, falls, and the negligence of others. He is also an advocate for drunk driving victims and people living with brain, spine, and other injuries. “When I was in my early 20s, I was seriously injured when a drunk driver crashed into me as a pedestrian. I sustained a brain injury, along with both of my legs being badly broken. After hospitalization, multiple surgeries, and rehabilitation, I was blessed with a 100% full recovery. I then went to law school and was driven to become an attorney who represents accident and personal injury victims. My personal injury experience before becoming an attorney has provided me with a powerful perspective in truly understanding what my clients and their families are going through and how to best win their cases.”

Steven graduated with High Honors from The College of New Jersey and earned his Juris Doctorate in Law from the University of Bridgeport School of Law in 1993. He has been licensed in New Jersey, Pennsylvania, and the Federal Court for over twenty (20) years.

Approximately twenty (20) times per year, Steven serves as an international keynote and motivational speaker at Medical & Legal Conferences and schools. He has authored multiple periodicals and taught at conferences on topics including: Understanding New Jersey Accident Law, Understanding Drunk Diving Laws” and “Understanding Traumatic Brain Injury and other Serious Injuries.” Steven also authored his book, Spring Break: A True Story of Hope and Determination, about his personal experience as an accident victim and providing tools to injured victims, their families, and medical providers in helping them deal with the challenges that follow being seriously injured. 100% of the proceeds for Steven’s book sales and speaking honorariums are donated to charities.

Steven Benvenisti is the current President of the Board of Trustees of “The Brain Injury Alliance of New Jersey.” In this capacity, he works with professionals, dedicated staff, a board, volunteers, and community partners in providing service to over 10,000 New Jersey residents each year.

Steven currently serves on the New Jersey Advisory Board of Mothers Against Drunk Driving (MADD) and previously served on MADD’s National Board of Directors.

Steven is also on the Board of Directors of Helen Hayes Hospital and the Kessler Foundation Consumer Advisory Board.

Disclaimer: Pursuant to the Rules of Professional Conduct as promulgated by the Supreme Court of New Jersey, lawyers who promote themselves or their firms are required to state the following: “No aspect of this advertisement has been approved by the Supreme Court of New Jersey.” This disclaimer applies to all the attorney rating agencies and organizations listed below. Some or all require payment of onetime or annual fees. For further information, as to their internal selection and rating criteria please click on the respective links below.

*Attorneys may be designated by the Supreme Court as “certified attorneys” if they demonstrate sufficient levels of experience, education, knowledge and skill in a specific area of law or practice, pass a rigorous examination and receive recognition from peers as having sufficient skills and reputation in the designated specialty. See Certification Process.

*Super Lawyers is a listing of lawyers who are selected based on peer nominations and evaluations combined with independent research. Each candidate is evaluated on 12 indicators of peer recognition and professional achievement. Thomson Reuters publishes the listing. See Selection Process.

Citizen of the Year Award

Business Man of the Year Award

Spring Break: A True Story of Hope and Determination

Mothers Against Drunk Driving, National Board of Directors, 2012 – Present

Brain Injury Association of New Jersey, Board of Trustees, 2003 – Present

New Jersey, Rehabilitation Specialists Advisory Board, Board of Trustees, 2000 – 2006