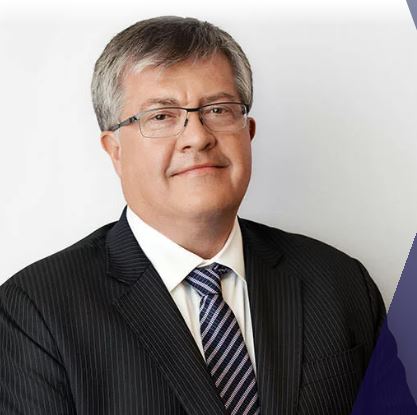 At Romanucci & Blandin, Mr. Blandin strives to serve clients with passion and preparedness. His intimate approach to the practice of law proves that a small firm can produce big results and have huge talent. This attitude and determination has resulted in obtaining over $500 million in verdicts and settlements for the firm – dozens in excess of $1 million, including: a $50 million settlement for the wife of a worker who died following a workplace injury in the Chicago area in 2016; a record breaking $44.7 million verdict on behalf of a young man left bound to a wheelchair and with permanent brain damage following a gunshot wound to the head; a $30 million settlement for a family after their son was left permanently disabled and brain injured as a result of 25 experimental surgeries; a $22.3 million award in a medical malpractice case which left a ten-year-old boy with disabilities; an unprecedented $17.6 million jury award in a police chase case where a bystander was left with quadriplegia; and a record breaking $12.35 million settlement on behalf of the family of a client whose doctors failed to diagnose her breast cancer in a timely manner, which ultimately led to her death at 37 years old.

Mr. Blandin was recently selected by his peers for inclusion in the 2021 edition of The Best Lawyers in America© - a list he has now been included on for nearly ten years in a row. Mr. Blandin has also been named a ‘Top 100 Super Lawyer’ in Illinois for 2021 and has been a ‘Leading Lawyer’ since 2004. Additionally, Martindale-Hubbell has awarded Mr. Blandin with its AV-Preeminent* rating for his superb record and ethical standards.

Mr. Blandin is a member of many professional organizations, including the Illinois Trial Lawyers Association, the American Association for Justice and the Illinois State Bar Association. Mr. Blandin also serves as an American Bar Foundation Fellow. Less than one percent of lawyers in each state are considered for the honor which consists of a review of their legal and civic contributions. From 2012 to 2019, he served on the Illinois Supreme Court Attorney Registration & Disciplinary Commission (ARDC) as a Hearing Board Commissioner. Mr. Blandin was one of more than 75 hearing board members who would make recommendations in disciplinary matters of lawyers in Illinois under the authority of the Supreme Court.

Heavily involved in the community, he has served as a board member of several nonprofit organizations, including the Knapp Burn Foundation, Salute Inc. and West Side Mentally Retarded Children’s Aid Inc. Mr. Blandin also volunteers his time working with Legal Prep Charter Academy – a high school on the West Side of Chicago where students use a unique law themed curriculum to prepare for the future. Most recently, Mr. Blandin spearheaded an on-going effort within the legal community to support the important work being done by Frontline Foods Chicago and World Central Kitchen as these organizations support restaurants and keep them working by making meals, which are given to healthcare workers and community members in need during the COVID-19 crisis.

Past Trial Advocacy Instructor at DePaul College of Law