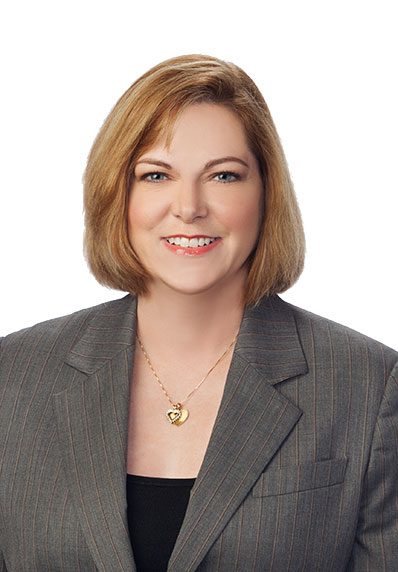 Karen Beyea-Schroeder has almost two decades of diverse experience in the practice of law and has always focused her career on helping those in need. She believes the focus of any lawsuit is to get justice for clients. She aggressively pursues the client’s interests in litigation, rather than just waiting to see how things play out. This moves cases forward to help clients get the opportunity to seek justice in the courtroom.

Karen was born in Buffalo, New York and throughout her life has lived in New York, New Jersey, and Texas. At the start of her career, Karen served in the United States Army Judge Advocate General Corps in the Legal Assistance and Claims Departments as well as served as a Military Prosecutor and Special Assistant U.S. Attorney.

Her practice is devoted primarily to litigation matters where she focuses on various product liability, personal injury and complex commercial litigations. Karen has represented thousands of clients who have been injured by dangerous drugs and medical devices. Some notable cases that she has been involved with include representing numerous victims involving pharmaceutical drugs and devices: Transvaginal Mesh, Trasylol, Hip Implants, Knee Implants, Testosterone Replacement Therapy, and Hernia Mesh to name a few. She has fought against pharmaceutical giants including Ethicon, Johnson & Johnson, American Medical Systems, Endo Pharmaceuticals, Boston Scientific Corporation, C.R. Bard, Zimmer, Inc., Bayer, Neomedic, AbbVie and Pfizer. She has also assisted former NFL players in the NFL Concussion Litigation.

Karen strives to achieve justice for each of her clients who have suffered at the hands of a pharmaceutical drug, medical device or defective product and routinely works on Plaintiff Steering Committees.

U.S. District Court for the District of New Jersey, 1997

U.S. District Court for the Southern District of Texas, 2008

U.S. District Court for the Eastern District of Texas, 2010

U.S. District Court for the Central District of Illinois, 2012

U.S. District Court for the Southern District of New York, 2012

U.S. District Court for the Eastern District of New York, 2012