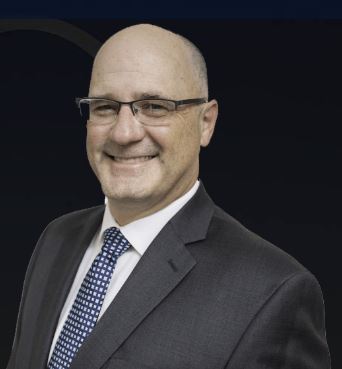 Most people who meet David Terry will quickly hear about how proud he is of his two daughters and how he enjoys visiting them. However, you will also hear that he and his wife quickly settled into life as empty-nesters when both children ventured off to college. He will tell you that he attended somewhere around 500 soccer games and still never really learned how the offsides rule in soccer is applied. He enjoys riding horses, walks in the woods (especially in the fall), outdoor activities and has worked with various organizations to help solve the world’s water crisis, most notably Water Missions International-Honduras, an organization dedicated to helping those who live in the beautiful country of Honduras have access to clean, healthy water.

As the founding member of the Terry Law Firm, Mr. Terry practices in all areas of serious personal injury, with emphasis on nursing home abuse and neglect, wrongful death, car crashes, semi-truck wrecks and medical malpractice.

David regularly speaks across the United States and Missouri on matters involving nursing home and personal injury litigation. He has received a 10.0 “Superb” rating from the Avvo lawyer ranking system. Avvo is widely recognized as one of the leading websites that provides information about lawyers to consumers. David’s Avvo profile also provides more information from client testimonials and attorney recommendations as well as information about his recognitions and speaking engagements. He has an “AV” rating by Martindale-Hubbell, which is drawn from evaluations submitted by judges and legal peers. The “AV” rating is the highest rating available through Martindale-Hubbell.

David is an author of helpful books and articles for those seeking legal advice including:

11 Mistakes That Can Wreck Your Missouri Auto Accident Case

David regularly gives presentations to lawyers and the general public including:

Safekeeping Elders: How to Take on the Negligent Nursing Home

The 10 Most Common Injuries Suffered in Car Crashes

Court admissions (where David is licensed to practice law):

David likes to make things right for his clients. While he can’t fix the injuries or bring back loved ones who died as a result of the negligence of others, at his core David wants to help others obtain the resolution they justly deserve.

A major “pet peeve” of his is people who don’t return phone calls, so be assured that if you leave a message for him, he will return the call as soon as possible. He is also a voracious note writer, so whether you hire him as your lawyer (or not), are another attorney working on a case with him or just do something nice, you will likely receive a hand-written note during that relationship.

Upon graduating from law school, David worked in small, medium and large law firms, including one of Missouri’s largest and most prestigious law firms. Each setting contributed to his unique blend of experience ranging from the representation of individuals to large corporations and from plaintiffs to defendants.