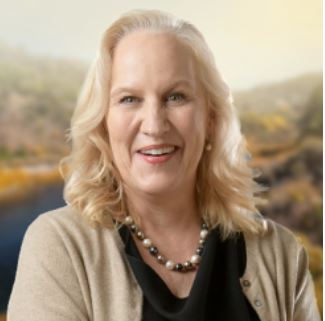 Randi McGinn is one of the country’s leading trial lawyers, having represented thousands of men and women in her 40 years of practice and having tried to verdict over 130 civil and criminal cases – everything from trucking collisions to workplace violence to medical malpractice to products liability lawsuits. She lost only 6 of those trials, giving her a 95% success rate.

Trials are won and cases are settled based on who tells the best story. Having started out as a journalist, Randi McGinn is a consummate storyteller. From the pile of facts that is your case, she reaches in and pulls out the beating heart of your story. She is famous for her creativity in the courtroom and use of both high- and low-tech demonstrative evidence to help the jury see and understand what happened. She has utilized powerful animations, life-size human blowups, persuasive PowerPoint presentations, toy cars and trucks, and three-dimensional models of roadways and a mountain hillside to re-create accidents in the courtroom.

The first woman president of the Inner Circle of Advocates (a group of the 100 best trial lawyers in the U.S.), she is able to reveal the truth through her devastating cross-examinations. Ms. McGinn has destroyed adverse witnesses by leaving a pretentious Beverly Hills doctor standing in front of the jury covered with post-its and clutching a grapefruit to his chest and by grilling a government snitch until he threw up. You can watch her takedown of an expert in this cross-examination of Bill Lewinski.

She recently was appointed as a special prosecutor and tried the first New Mexico criminal case against any police officer. Two Albuquerque police officers faced charges for an on-the-job shooting of a homeless man, James Boyd. The case ended in a hung jury but reduced the number of shootings of citizens by the Albuquerque Police Department.

Ms. McGinn has obtained several of the largest verdicts in New Mexico history. In 2019, she obtained the largest verdict ever against a semi-trailer manufacturer for its decision not to build its trailers with side underride guards that would prevent passenger cars from becoming trapped underneath the trailer.

She started her career with a bang by giving birth to her daughter, Heather, the day before the 3-day bar examination.

Best Lawyers in America® Lawyer of the Year:

Recipient, NM Status for the Commission on Women Award

Emerge NM Woman of the Year

Listed in American Lawyers Magazine “Women Leaders in the Law”

Legends of the Law, Lawdragon 2020

American Association for Justice (AAJ) Board of Governors, 2003- Present

National Association of Criminal Defense Lawyers (NACDL) Board of Directors, 1999- 2005

Regularly teaches or lectures 1-2 times a month at bar associations, legal groups, and law schools around the country

Founder and Member of the Board of Directors, Emerge NM