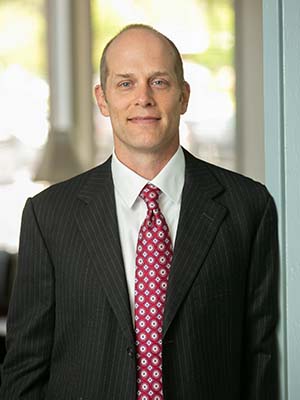 Pete started Clancy & Diaz, LLP with his wife, Precilla Diaz, in 2007. Prior to this, Pete worked at a small firm in Las Vegas and, later, at Bullivant Houser Bailey in San Francisco and Las Vegas. After leaving Bullivant, Pete went to work at Wolfsburg, Reese, Colvig & Firstman in Oakland, where he practiced complex commercial litigation.

Pete Clancy is recognized among his peers as an outstanding and hard-working Walnut Creek personal injury attorney. It is quite common to find him at the office working after everyone else has gone home, and he is proud to say that he has known the late-night custodians at every building where he has worked as a lawyer. This hard work has been rewarded by membership in very exclusive professional organizations and by public recognition.

Last year, Pete joined the Board of Directors of the San Francisco Trial Lawyers Association. He also serves on the association’s education and membership committees and helps run its “War Room Wednesdays.”

Pete is also a member of Justice HQ, an exclusive invitation-only organization of plaintiff’s attorneys who have demonstrated quality work and a commitment to improve the legal community.

Pete's family has been practicing law (without skipping a generation) for more than 100 years in California and Illinois. Family legend is that the first Clancy to become an attorney was a man who had to defend himself against a court-martial charge in the Civil War for stealing an officer's horse. That ancestor won and he was acquitted, starting a family tradition.

Outside of the office, Pete is a father, husband, a voracious reader, an avid ultramarathon runner and a Cub Scout den leader.