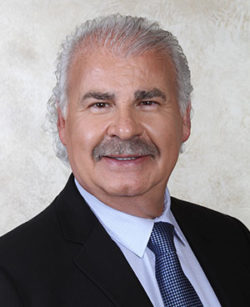 Anthony Cuda is a graduate of Northern Illinois University College of Law and received his Juris Doctor in 1980. He attended Elmhurst College in Illinois and received his Bachelor of Arts Degree in 1975. Anthony served as a Public Defender in Cook County before starting private practice in 1985. Anthony is a member of the Illinois Supreme Court and U.S. District Court of Illinois.

Anthony has been recognized as a Leading Lawyer, a distinction given to only the top 5% of all Illinois lawyers by the Leading Lawyers Network, for 2013, 2014, 2015, 2016, and 2017. In 2014 he was honored Top Lawyers in Illinois Highest Ethical Standards & professional excellence, as listed in The Legal Network 2014. Anthony has consistently achieved the highest possible rating in the Martindale-Hubbell Law Directory from 2013 through 2017. Anthony was awarded “Chicago’s Top Rated Lawyers” by ALM/Martindale Hubbell legal leaders for 2014 and 2015, 2016, 2017.

Anthony Cuda is a member of several Professional Affiliations: