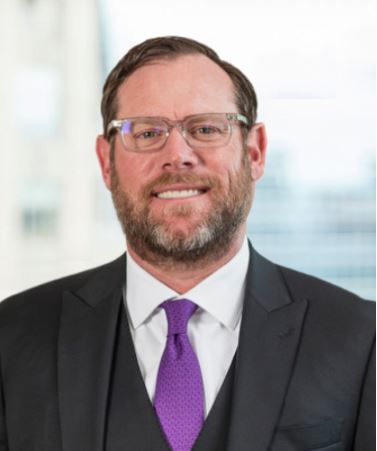 Michael Lyons is one of the founding partners of Lyons & Simmons and concentrates his practice on representing plaintiffs in catastrophic personal injury and wrongful death cases as well as “bet the company” complex business disputes. Lyons has a national reputation for achieving outstanding results for his clients by displaying a mastery of the facts and law while utilizing creativity, tenacity and cutting-edge technology.

Over the past 20+ years of practice, Lyons has tried cases to juries, judges, and arbitrators throughout the state of Texas and all over the country. In the process, Lyons has obtained verdicts, awards and settlements totaling hundreds of millions of dollars on behalf of his clients—many involving high profile, high exposure matters.

Lyons has obtained exceptional results for clients in just the recent past:

Lyons has earned the respect of his peers through the relentless pursuit justice for his clients. He has been recognized by National Law Journal as one of the top lawyers in the country as a “Trailblazer” award recipient. He has regularly appeared on Thomson Reuters Super Lawyers listing (2005, 2008-2021), including being selected among the Top 100 attorneys in Dallas/Fort Worth (2018-2020) and was selected as one of the Top 100 attorneys in the entire state of Texas (2021). He was named to the Lawdragon Top 500 Leading Plaintiff Consumer Lawyers list in 2020. He was honored as a “Best Lawyer in Dallas” by D Magazine in 2005, 2011, 2013, 2015-2017 and 2019-2021 and is one of only a select few to receive the award for both personal injury and commercial litigation. Lyons has been recognized as a member of the Million Dollar and Multi-Million Dollar Advocates Forums, was named a Lifetime Achievement member of America’s Top 100 Attorneys for Texas and was named among America’s Top 100 High Stakes Litigators in North Texas for 2017-2021. He has attained an AV® Preeminent™ peer-review rating from Martindale-Hubbell consecutively for over a decade, signifying the highest level of professional excellence based upon peer review evaluation from lawyers and judges who have observed his legal skill and ethical standards.

In addition to pursuing outstanding results on behalf of clients, Lyons has invested significant time in service of his community as a leader within the Dallas Bar Association and as a leader in his community. In 2008 Lyons was recognized by Dallas CBS affiliate KTVT Channel 11 as a "Texan with Character" for his philanthropic work in the Dallas – Fort Worth Metroplex with children who were victims of abuse or neglect. In 2010, he was elected as a Fellow of the Dallas Bar Foundation, and in 2015, Lyons became a Fellow of the Texas Bar Foundation.

Honors: Order of the Lytae

The University of Texas

Obtained a $5.9 Million verdict in one of the most conservative venues in the state of Texas representing the largest verdict in a personal injury case in Midland County history.

Following a trial, obtained a $2.5MM judgment in representation of publicly traded company where physician group sued for $2.6MM+ over alleged breach of management agreement. All claims were dismissed by the physician group and a judgment was awarded for the defendant company plus attorneys’ fees.

Representation of hundreds of investors in complex securities action involving oil and gas investor scam resulting in $21.5MM disgorgement order obtained by the Securities and Exchange Commission against the perpetrators and the investor clients receiving a collective 60% interest in the oil and gas company after the perpetrators were removed through successful appointment of a Ch.11 Trustee.

Lead Plaintiffs’ counsel in a multi-party commercial construction defect case involving large national general contractor, and complex engineering and design defect allegations. Resulted in a high-value settlement and one of the “Largest Texas Settlements” reported by Verdict Search in 2013.

Tried multiple pharmaceutical product liability lawsuits to verdict involving claims for design and marketing defects in venues in Texas and throughout the United States.

"Character Evidence, Subsequent Remedial Measures, and Offers of Settlement", How to Offer and Exclude Evidence, University of Houston CLE Program, 2008

The Chancellor’s Council of The University of Texas System, Member

College of the State Bar of Texas