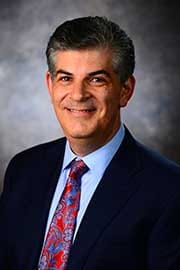 Scott J. Corwin, the principal of the firm, received his Bachelor of Arts degree and graduated with Departmental Honors in History from UCLA in 1985. At UCLA he was awarded both a Chancellor’s Scholarship and Alumni Scholarship. Mr. Corwin was a member of the Dean’s Honor List and Phi Alpha Theta, the International History Honors Society while at UCLA. Mr. Corwin received his Juris Doctorate from the USC Gould School of Law in 1990. In law school he was a member of the Dean’s Honor List, nominated to the National Dean’s List, a member of Phi Alpha Delta Legal Fraternity and served as a Delegate to its Biennial National Convention.

Mr. Corwin is admitted to practice law before the California Supreme Court and United States Supreme Court, as well as all of the Federal District Courts in California and the Ninth Circuit Court of Appeals.

Over the past 25 years, Scott J. Corwin has recovered more than $125,000,000 for more than 3,000 clients who were victims of the negligence of others. Mr. Corwin’s primary area of practice is personal injury with an emphasis on motor vehicle accidents.

Mr. Corwin has been named a Southern California Super Lawyer for 2019 by Los Angeles Magazine; this is the 13th year in a row he has been honored, having been recognized as a Super Lawyer from 2007 to 2018. Scott was named a Top 100 Super Lawyer in 2015 and 2016 as well. Only 5% of attorneys are selected for this honor. Super Lawyers are selected for attaining a high degree of peer recognition and professional achievement in their field of expertise. Super Lawyers are nominated through a survey of Southern California lawyers and then final selections are made by a blue-ribbon review panel of leading attorneys.

Scott J. Corwin is a member of the Multi-Million Dollar Advocates Forum, which is recognized as one of the most prestigious group of trial lawyers in the United States. Membership is limited to attorneys who have won multi-million dollar verdicts, awards and settlements. There are less than 700 members nationwide. Forum membership acknowledges excellence in legal advocacy.

The prestigious National Trial Lawyers Association (NTLA) again selected Mr. Corwin as a member in 2019. The NTLA is composed of the top 100 trial lawyers from each state. Membership is obtained through special invitation and is extended only to those attorneys who exemplify superior qualifications of leadership, reputation, influence, stature and profile as civil plaintiff or criminal defense trial lawyers. It is the mission of The NTLA to promote excellence in the legal profession through practical educational programs, networking opportunities and legal publications that deal with current issues facing the American trial lawyer. It is a significant honor to be selected for inclusion. This is the 10th year in a row Mr. Corwin has been so honored, having been selected for membership from 2010 through 2018.

He was selected for the Lifetime Achievement, America’s Top 100 Attorneys, on October 6, 2016. This honor is by invitation only and is reserved to identify the nation’s most exceptional attorneys whose accomplishments and impact on the legal profession merit a Lifetime Achievement Award. Selection is based on a lifetime of hard work, ethical standards, and community enriching accomplishments that are inspiring among the legal profession. Less than one-half percent (0.5%) of active attorneys in the United States receive this honor.

Mr. Corwin has served as a member of the Board of Governors of the Consumer Attorneys of California (CAOC) since November 2006. CAOC is the California statewide organization of more than 3,000 attorneys who represent injured consumers who are victims of negligence and intentional conduct by corporate and individual wrongdoers. CAOC’s mission includes preserving the right to trial by jury, prevention of injury through concerted efforts to secure safe products, a safe workplace, a clean environment, and quality health care, and to uphold the honor and dignity of the legal profession and the highest standards of ethical conduct and integrity. For the past seven years as a member of the Board of Governors of CAOC, Scott J. Corwin continues his fight to protect the civil justice system and to provide access to justice for all. He also served on the CAOC Legislative, Bylaws, Elections and Budget Committees, as well as the Small Case Task Force Sub Committee.

Mr. Corwin was honored at the November 13, 2014 Consumer Attorneys of California (CAOC) 53rd Annual Convention, where he was presented with the CAOC Presidential Award for 2014. Mr. Corwin was recognized by CAOC for his achievements and service to the organization.

The Consumer Attorneys Association of Los Angeles (CAALA) has honored Scott J. Corwin for outstanding contributions to the organization for an unprecedented six years with CAALA Presidential Awards for 2005, 2006, 2007, 2010, 2012 and most recently 2015.

Mr. Corwin was honored to serve as a member of the Board of Directors of the Western Trial Lawyers Association for 2010-11. This organization is dedicated to the proposition of advancing the cause of justice in the representation of clients in personal injury claims. Members of the Western Trial Lawyers Association, founded in 1966, are recognized for the years of advanced education and practice necessary to achieve such recognition.

As a tireless consumer advocate, Mr. Corwin has worked continuously to protect the civil justice system, consumer rights and victims of corporate malfeasance, by helping to elect members to the California State Legislature, the United States Senate and the United States House of Representatives who seek to preserve our system of civil justice. To this end, Mr. Corwin has raised over $2 million for candidates for local, state and federal offices since 2004.

Mr. Corwin serves as a frequent speaker for the Consumer Attorneys Association of Los Angeles (CAALA), at its annual Convention as well as at Seminars, Webinars and Round Table Discussions throughout the year. Mr. Corwin has chaired, served as the program moderator, or speaker for a variety of educational seminars, including the CAALA Membership Practice Series Round Table Discussion on “Banking, Budgeting & Financing for the Solo Firm, “Pre-Litigation Panel” on the topic of “First Steps in the Pre-Litigation Phase: Initial Client Interview to Filing” as it pertains to motor vehicle accidents, as well as a panel speaker at the CAALA annual Las Vegas Convention. The CAALA Convention is the largest local Trial Lawyers Association convention with more than 3,000 attendees annually. Scott is a respected and recognized expert in this area of the law.

Mr. Corwin is also a frequent published author in the consumer legal field. His article entitled “How to Start and Manage a PI Law Practice: Simple and easy steps to Manage, Operate & Market Your Solo Practice or small Firm,” was published in the May 2013 CAALA Advocate Magazine. The Advocate is the Journal of Consumer Attorneys Associations for Southern California.

Scott J. Corwin served as the 2016 President of the Board of Governors of The Los Angeles Trial Lawyers’ Charities (LATLC). Mr. Corwin is the 2019 chair of the website committee, and serves as a member of the executive, budget and bylaws committees. LATLC is a non-profit organization founded in 2006, funded and maintained by attorneys practicing within the greater Los Angeles Area. Its members are committed to making a positive difference in the quality of life for people within the greater Los Angeles community by focusing on issues related to battered women, children, the homeless, persons with disabilities, and education. Mr. Corwin has served on the LATLC Board and Executive Committee since 2013.

Mr. Corwin was honored at the April 21, 2018 Los Angeles Trial Lawyers’ Charities (LATLC) 5th Annual Casino Night and Texas Hold ’em Tournament, where he was presented with the LATLC Presidential Award for 2018 by LATLC President, Geraldine Weiss. Nick-named the “Scottie” – Ms. Weiss presented Mr. Corwin with the award for outstanding achievement to the organization in helping raise more than $4.5 million for charity over the past five years and being the Chair of the LATLC Casino Night for each of its five years in succession. This is an unprecedented fourth time Mr. Corwin has been recognized by LATLC for his outstanding dedication and service to the organization, having been awarded the LATLC Presidential Award twice in 2014 and once in 2015.

Through Scott’s leadership, LATLC has grown from a $75,000 per year, 50-member organization to a more than $1.5 million per year, 3,000-member non-profit with a significant impact on the lives of hundreds of thousands of individuals in Southern California. Because of his profound impact on the community, Scott was selected as a finalist for the American Association of Justice (AAJ) Trial Lawyers Care (TLC) award in the years 2015, 2016, and 2017. AAJ selects fewer than a dozen finalists nationwide, each year.

Mr. Corwin is actively involved with Vista Del Mar Child & Family Services, a more than 100 year old Los Angeles based nonprofit organization that is one of the preeminent social service agencies serving children and their families, with mental health problems, emotional problems, behavior problems, social problems, or developmental difficulties. Mr. Corwin was the Legacy Sponsor of the Women of Excellence Luncheon for 2015. Scott served as the Co-Chair for the Vista Del Mar Annual Texas Hold’em Poker Tournament in 2011. The Corwin Family has demonstrated its commitment to the Los Angeles nonprofit community by establishing and funding the Tikun Olam Program of the Miracle Project and Vista Inspired Teens at Vista Del Mar. These programs benefit children with special needs and their families.

Mr. Corwin devotes a significant amount of time to pro bono legal work, which includes assisting parents of children with special needs and developmental disabilities. He has also successfully fought for progressive legislation that protects disabled children in the State of California and provides them with the resources necessary to have their basic educational needs met.