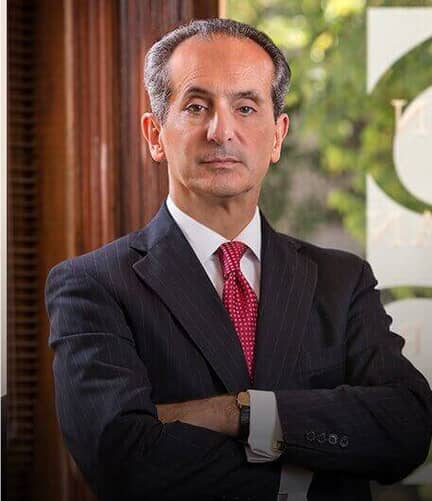 A Champion for Victim’s Rights

He also successfully champions the rights of victims of discrimination and civil rights abuses. He has litigated against insurance companies, governmental entities, and even the President of the United States, winning several high profile cases and securing tens of millions of dollars in settlements for his clients.

“I enjoy developing creative solutions to tough problems. I believe in getting results.”– Joseph Cammarata

Continuing a History of Excellence

Mr. Cammarata has distinguished himself by winning a unanimous decision from the United States Supreme Court guaranteeing all individuals the right to equal access to justice, even against formidable, powerful opponents such as the President of the United States.

Among his many accolades, Joseph Cammarata has earned the following recognition:

Who’s Who in American Law

Who’s Who in America

Who’s Who in the World

An articulate and accomplished public speaker, Mr. Cammarata has made numerous appearances on national and international network and cable television programs and national radio shows, and has been quoted extensively in national and international newspapers and magazines. He is a contributing author to the recently published Beyond a Reasonable Doubt, a book edited by CNN’s Larry King.

Giving Back to the Community

Personal injury lawyer Joseph Cammarata served as President of the Trial Lawyers’ Association of Metropolitan Washington, DC Mr. Cammarata is a founder of the Brain Injury Association of DC, Inc., a not-for-profit organization devoted to assist persons suffering from a brain injury through prevention, research, education and advocacy. He drafted legislation which became the law known as the “Athletic Concussion Protection Act of 2011” enacted to protect youth athletes from the known risks of a concussion.

He is a member of the Board of Directors of Fairfax Water, which is Virginia’s largest water utility. Mr. Cammarata was appointed as a Commissioner to the Ad Hoc Committee on Police Practices in Fairfax County, Virginia, and served on its Use of Force Sub-Committee. Mr. Cammarata was Chairman of the Criminal Justice Advisory Board and the Community Initiative to Reduce Youth Violence, each based in Fairfax County, Virginia.

Mr. Cammarata was Chairman of the Public Safety Committee of the Visioning Task Force of Mount Vernon, Virginia and a member of the Mount Vernon Area Plan Review Task Force and the Ad Hoc Committee on Continued Use of the Meadowood Facility in Lorton, VA. He is also a past Chairman of the Alexandria Red Cross Waterfront Festival, the largest outdoor fundraising event of the American Red Cross.

Mr. Cammarata is a graduate of St. John’s University School of Law and also holds a Masters of Law in Taxation from Georgetown University Law School. Mr. Cammarata is also a certified public accountant. He is licensed to practice in Virginia, District of Columbia, Maryland, and New York.