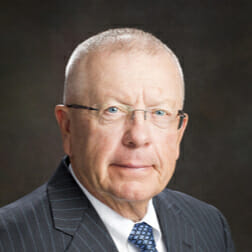 John E. Zydron, CEO of THE ZYDRON LAW FIRM, P.L.L.C., serves the community through many local, regional, and national organizations to include 32.5 years of U.S. Military Service.

John E. Zydron earned his Bachelor of Arts degree from the University of Richmond in 1971, his Juris Doctorate from George Mason School of Law in 1977, and graduated from the United States Army Command and General Staff College in 1986.

Mr. Zydron served 32.5 years in the military and is a former Judge Advocate General of the Virginia National Guard. He holds a retired grade of Brigadier General. He earned the U.S. Legion of Merit Medal, the Virginia National Guard Bronze Star, the U.S. Meritorious Service Medal, the U.S. Army Commendation Medal, and the U.S. Army Outstanding Achievement Medal. He is the former Director and President of the Chesapeake Bar Association. In 2014, Mr. Zydron was appointed as co-commissioner of the Virginia Marine Resource Commission for a four year term and he was reappointed in 2018 for another four year term. Captain John E. Zydron is currently a United States Coast Guard U.S. Merchant Marine Officer. He has been a licensed recreational charter captain since 2007.

Among his many accomplishments, John E. Zydron takes the most pride in being honored by Virginia Lawyer’s Weekly as one of 2016’s Virginia’s Leaders in the Law (Only 26 bar members out of 30,902 active members were selected for this prestigious award). Attorney Zydron was honored to have been chosen for his outstanding accomplishments, including: reaching a $1,000,000.00 settlement in a case of first impression involving the deaths of a mother and her 7 month old unborn fetus (policy limits $500,000.00 per person/$1,000,000.00 per accident) under the 2012 amended Virginia Code Section 8.01-50B. In 2016, Mr. Zydron was also pleased to have achieved the 7th highest reported settlement in Virginia at $3,750,000.00 for a case involving a truck striking a motorcycle. Attorney Zydron has now been involved among the highest reported motorcycle crash cases in Virginia at $7,500,000.00, $3,750,000.00 and $2,500,00.00.

Attorney Zydron was recently recognized by The National Trial Lawyers Association as a “Top 25 Brain Injury Trial Lawyer” (2018), a “Top 10 Nursing Home Lawyer” (2018), a “Top 10 Trucking Trial Lawyer” (2018), and previously a “Top 100 Trial Lawyer” (2012-2021); From 2015-2020, attorney Zydron was honored with the “Nation’s Top One Percent” designation by The National Association of Distinguished Counsel; From 2009-2021, attorney Zydron was recognized as a Super Lawyer by SuperLawyers.com; attorney Zydron was mentioned in the Richmond Magazine Super Lawyer’s “Top Attorneys in Virginia” section (2009-2021); LexisNexis Martindale-Hubbell awarded attorney Zydron with the Client Distinction Award by earning a client review rating score of 4.5 or higher on a scale of 1-5. Less than 1% of the 900,000 attorneys listed on martindale.com and lawyers.com receive this award. Having been accorded this Martindale-Hubbell honor of distinction, Mr. Zydron has an “AV” peer rating by Martindale-Hubbell, which is the highest peer rating that an attorney can obtain; Mr. Zydron also received the “Premier 100” designation from The American Academy of Trucking Attorney’s in 2015. There are over 1.2 million attorneys in the United States and less than 1% is selected to receive the AATA “Premier 100” designation; and The National Academy of Personal Injury Attorneys, Inc. selected attorney Zydron as one of the “Top 10 Personal Injury Attorneys in Virginia”. In 2017, Mr Zydron was selected as a Leader in the Law by the Virginia Lawyers Weekly out more than 30,000 lawyers in Virginia. In 2019, Mr. Zydron was inducted into the Virginia Lawyers Hall of Fame.