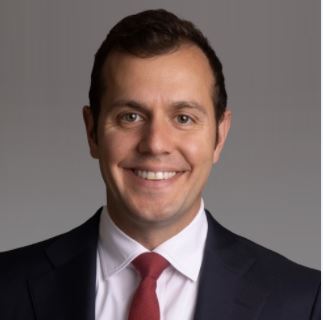 John A. DeGasperis practices personal injury and medical malpractice law at Basch & Keegan. He has been recognized as a Rising Star by Super Lawyers magazine. This prestigious recognition was earned by him for several major accomplishments throughout the early years of his career, including numerous favorable trial verdicts in state and federal courts.

Before joining the firm, John worked as a law clerk at the New York State Attorney General’s Office. He investigated fraudulent business practices perpetrated by major corporations such as DELL, Gold’s Gym, Bank of America, and several major mortgage brokers. As a law clerk, John learned how to investigate complex legal cases, as well as how to deal with individual consumers who had been financially injured by fraudulent business practices.

John also served as a judicial intern in the U.S. District Court, Northern District of New York. As a judicial intern, he developed a passion for trial practice and dedicated his career to being a civil litigator and trial lawyer.

During law school, John studied in Washington, D.C. as part of a Semester in Government Program. He was assigned by the U.S. Department of Justice to represent the United States Government in contractual disputes against government contractors, and he worked on high-profile cases involving the U.S. Supreme Court building, as well as the Iraq and Afghanistan Wars. His favorite assignments involved claims filed by disabled war veterans that were seeking disability benefits and had been wrongfully denied of them.

Currently, John focuses his energy and expertise on the legal practice of representing individuals and families who have been seriously injured as the result of someone else’s negligence. John DeGasperis works tirelessly for his clients by putting in long hours at the office, critiquing and grooming his files for trial, and negotiating favorable settlements for his clients.

***John is the only lawyer at Basch & Keegan who handles criminal cases. He has represented criminal defendants in misdemeanor and felony courts throughout upstate New York. He has practiced in both state and federal courts, although his criminal practice is mostly limited to state court matters. He has handled allegations of disorderly conduct, harassment in the 2nd degree, drug possession, unlawful possession of marijuana, unlicensed operation of a vehicle, drug sales, possession of a weapon, petit larceny, burglary, assault, unlawful surveillance, and murder. He has also acted as legal counsel for small and medium-sized businesses with respect to regulatory investigations and enforcement actions.