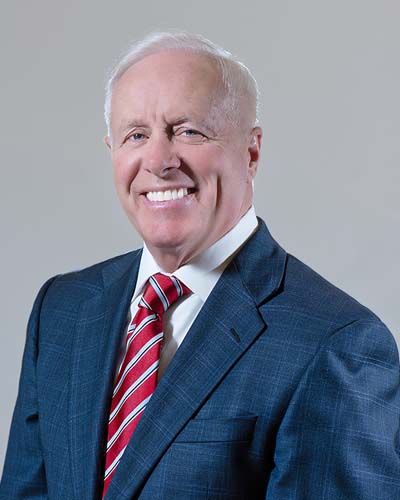 Attorney John F. Cordisco has dedicated his professional and personal life to helping others. In the practice of law, he focuses on representing innocent victims who have been injured or have suffered wrongful death. His career has consisted of several roles, spanning from factory worker, to teacher, to member of the Pennsylvania House of Representatives, and currently one of the top recognized personal injury lawyers in Southeast Pennsylvania, including Bucks County and Philadelphia.

THE IMPACT OF AN EDUCATOR AND AN EARLY POLITICAL CAREER

John F. Cordisco was born one of five children and resided in Bristol Borough. He began his working years in local manufacturing plants while attending college. He graduated from Bishop Egan High School in 1973, received a BA from Rider College in 1977, and his juris doctorate degree from Temple University School of Law in 1986.

At the age of 22, he became an integral part of his community as the youngest member ever of the Bristol Borough School Board, and later served as the Board’s President. After receiving his degree in education, John taught in the Bensalem School District. The Pennsylvania School Board Association recognized John for outstanding service in education from 1977 through 1980. He also served on Boards of the Bucks County Intermediate Unit and the Bucks County Vocational Technical School Board.

At the young age of 24, John then successfully ran for a seat in the Pennsylvania House of Representatives, which he held for six years, from 1981 to 1986. During his tenure, John served on the House Judiciary Committee, Labor Relations Committee, and served as Chairman of the House Committee on Veterans’ Health Care.

A FULL-TIME LIFE OF HELPING OTHERS

His family values have inspired him to contribute to several philanthropic organizations and engage in service work wherever he travels.

With help from Food for the Poor, he established and helped build The John Cordisco Education and Feeding Center in Managua, Nicaragua that provides a safe place for Nicaraguan children to play, attend classes, and obtain healthy and nutritious meals. Through his work, John also helped build orphanages for special needs children and schools in Central America.

After his career as a state representative, John began his legal career, founding the law firm of Cordisco & Bradway in 1990 where he practiced personal injury law for eighteen years.

John then became a partner of the Stark & Stark Law Firm and served as a Judge Pro Tem in the Philadelphia Court System.

One of John Cordisco’s most notable cases was the collapse of Pier 34 South, in 2000, a premises liability case in which a well-known Philadelphia pier collapsed into the Delaware River. Three patrons were killed in the collapse and several dozen others were injured.

John represented one of the injured parties at the start of the case and was asked to serve on the Plaintiff’s Liaison Committee for his knowledge and experience in the personal injury field. John’s work on the committee helped secure a $29.5 million dollar award to the parties injured in the disaster and the families of the women who lost their lives.

He has also litigated cases to multi-million dollar results in venues across Pennsylvania. He has successfully represented victims of trucking accidents, medical malpractice, products liability, as well as pharmaceutical cases.

John frequently takes on the big insurance companies representing trucking companies, hospitals and nursing homes in cases where his clients were injured from their negligence. Most clients seeking an attorney have just been through a serious accident where they or a loved one suffered a serious injury or passed away. As a personal injury attorney, John Cordisco brings a confident and compassionate approach to his cases when pursuing the rights of his injured clients.

John is a proud father of three children and grandfather of five grandchildren. His love for his own family inspires him to continue his fight to represent those families and individuals hurt (injured) or disadvantaged through no fault of their own.

United States District Court for the Eastern District of Pennsylvania

United States District Court for the Middle District of Pennsylvania

Asian Federation of the United States