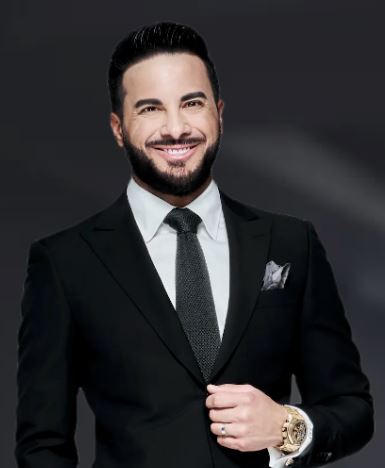 REPUTATIONS ARE EARNED, NOT GIVEN.

Farhan Naqvi has been practicing law since 2003 and founded Naqvi Injury Law in 2008. He has successfully handled over 6,000 injury cases throughout his career. He has achieved more than $150 million for his clients in verdicts and settlements.

Farhan Naqvi has been practicing law since 2003 and in 2018 celebrated the 10th anniversary of Naqvi Injury Law. Farhan is one of Nevada’s most successful personal injury attorneys and has litigated more than 1,000 cases before the Eighth Judicial District Court of Clark County, Nevada and the United States District Court, District of Nevada since 2003. He has achieved more than $150 million for his clients in verdicts and settlements.

Founded by Farhan and Ellie Naqvi, the firm has grown to more than 70 employees. Farhan and his firm are 11-time Gold Winners in the Best of Las Vegas program for Best Law Firm, Best Customer Service and Best Personal Injury Attorney for several years. The firm has been named among Southern Nevada’s Best Places to Work (Vegas Inc) and was named one of the Inc 5000 fastest growing private companies in America. Farhan has been voted Top Lawyer by both Vegas Inc and Desert Companion magazine.

Farhan recently opened the state-of-the-art Naqvi Justice Center, which gives his firm and those with whom he partners an unprecedented advantage to test their trial strategies. He has successfully handled nearly 6,000 cases throughout his career, with approximately 1,000 referred by other attorneys who were previously unsuccessful with them. He currently holds the highest possible rating by both Martindale-Hubbell (“AV”) and Avvo (10.0 – Superb).

Farhan dedication to the Southern Nevada community extends beyond the courtroom. He supports and serves on the board of directors for Cure 4 The Kids Foundation, which provides quality medical care and treatment for children with cancer and other life-threatening diseases.

He has been recognized locally by both Vegas Inc. and Desert Companion magazines, and nationally among the “Top One Percent” of attorneys by The National Association of Distinguished Counsel and among the top 100 trial lawyers in the country by The National Trial Lawyers. Farhan was also selected as one of the American Cancer Society’s 2018 “Real Men Wear Pink” designees supporting its annual Race for the Cure. In 2018, he was named the “Real Men Wear Pink” Rookie of the Year.

Farhan’s philanthropy includes sponsoring dozens of local events and programs that benefit local children, education and youth sports programs. He is a seven-year sponsor of the annual KLUC Toy Drive to benefit HELP of Southern Nevada and has given more than $100,000 and thousands of bicycles, toys and helmets to benefit underprivileged local children. He also sponsors the popular Fox 5 Las Vegas “Shining Star” program, recognizing people in the community who are dedicated to helping others, and KSNV News 3’s “Wednesday’s Child” program, which highlights local children in need of an adoptive family. Every year, Naqvi, his family and his firm support dozens of organizations serving the Las Vegas community.

Admitted to practice in all Nevada Courts, including the Nevada Supreme Court.

University of Arizona College of Law,

2001: Selected for a prestigious externship with the Honorable Stephen M. McNamee, former Chief Judge for the United States District Court, District of Arizona.