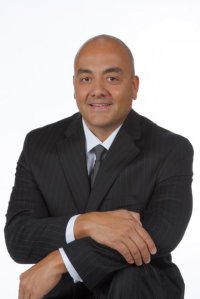 ?Gabriel F. Zambrano is a long time resident of South Florida who has practiced law throughout the State of Florida since 1994. He began his career handling commercial litigation and insurance defense cases which allowed him to develop skills in handling cases throughout the entire process from an early claim through trial. His trial experience includes handling complex and catastrophic cases, as well as multiple trials that approached or exceeded thirty days at trial.

In 2011, he was invited to serve as co-counsel in an Engle Tobacco trial that resulted in one of the largest reported verdicts in 2011. Today, he advocates on behalf of victims of personal injuries, assists consumers seeking justice, develops mass tort projects where patients suffer injuries from drugs or pharmaceutical devices, as well as handling ongoing cases in already existing mass tort proceedings.

Mr. Zambrano gained national prominence as an early advocate on behalf of girls and women that suffered life altering blood clots, strokes or heart damage from use of the blockbuster drug Drospirenone (DRSP) containing birth control pills trademarked and manufactured by Bayer Healthcare Pharmaceuticals: Yasmin, YAZ, Beyaz & Safyral. He is considered, and has remained, a Key Opinion Leader on the litigation and is Lead Counsel or Co-Counsel for several women among the first 100 YAZ lawsuits filed in the ongoing Multi-District Litigation (MDL) and coordinated State Mass Tort Proceedings. The YAZ litigation is actively ongoing with published reports of nearly 12,000 lawsuits pending as of April 2012. Bloomberg/Reuters has estimated in published reports that the girls and women, who have been injured from use of a DROSPIRENONE (DRSP) containing birth control pill, will collectively be awarded nearly $2.65 billion U.S. dollars.

Mr. Zambrano is presently investigating cases involving PRADAXA (Dabigatran Exilate), a FDA blood thinner approved in 2010 that has been linked by FDA data to over 542 U.S. deaths in 2011 and has drawn scrutiny from public health authorities in Europe, Japan, New Zealand and Australia. PRADAXA bleeding cases literally involve patients bleeding to death because there is no antidote or quick reversal agent for the blood thinning effects of Dabigatran.

He is also actively evaluating Nuvaring Vaginal Ring lawsuits. These hormone releasing contraceptive rings have been linked to fatal blood clots, strokes, pulmonary emboli and deep vein thrombosis. A recently released study from May 2012 draws comparisons to their being as risky, or riskier, than the Drospirenone (DRSP) containing birth control pills involved in the YAZ litigation.

Mr. Zambrano continues to speak at national conferences and organizational meetings making him available to aid victims across the United States through co-counsel relationships in multiple jurisdictions. He explains that his determined passion for victims and families comes from his personal experiences as a naturalized American Citizen and First Generation American Immigrant. “I know how hard people have to work to get ahead and pursue their version of the American Dream. To have an accident, drug or defective product, derail your future is life altering and our civil justice system provides a potential remedy and methods for holding companies and people accountable. Trial Attorneys’ and experienced advocates are the only way to level the playing field against insurance companies, pharmaceutical companies, or manufacturers.”

Mr. Zambrano is currently a member of the following organizations: American Association for Justice, Florida Justice Association, and the Mass Torts Trial Lawyers Association. He is also a member of The Florida Bar and the U.S. District Court, Southern District of Florida.