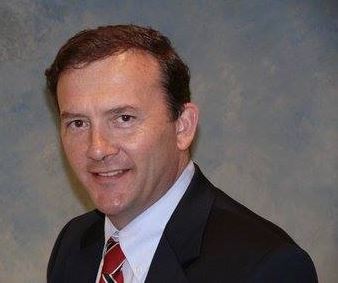 For over 20 years David Schroth has provided smart, aggressive representation to his clients. Schroth brings personal attention to the specific needs of each client. You are a person with a problem to be solved, not just a file. Schroth has extensive experience in personal injury, auto accidents, slip and falls, civil litigation, consumer fraud and criminal defense including murder, drugs and weapons offenses, financial crimes, fraud, domestic violence, drunk driving, OWl, OUI, civil rights, workplace harassment and discrimination, nursing home negligence, business litigation, and contract disputes. He also handles matrimonial matters, child custody, select worker's compensation and is engaged in the general practice of law handling Wills, Trusts and Estates. Centrally located, Schroth's office is located just outside of the State Capitol, Trenton, New Jersey, in Ewing Township making it possible for him to practice Statewide.

United States Court of Appeals for the Third Circuit ca3.uscourts.gov

David Schroth is an Attorney admitted to practice Law in NJ since 1993, The United States District Court for the District of New Jersey, Third Circuit Court of Appeals and United States Supreme Court. He is a graduate of Georgetown University, Widener University School of Law and The Lawrenceville School. He served a Judicial Clerkship in the Superior Court of New Jersey upon graduation from Law School. He is a graduate of the Trial Lawyer's College, is in the Top Trial Lawyers Top 100, and has been trained by renowned trial lawyer Gerry Spence. Schroth has tried numerous cases to verdict both Civil and Criminal jury trials and bench trials including a 2 month Federal Criminal trial against the Department of Justice out of Washington D.C. resulting in the acquittal of his client on 12 of the 13 charges brought against him-the most serious charges, Not Guilty by Reason of Insanity in State v. C.M. and a confidential seven figure plus settlement in a personal injury case. He has successfully tried/plea bargained hundreds of DWls.