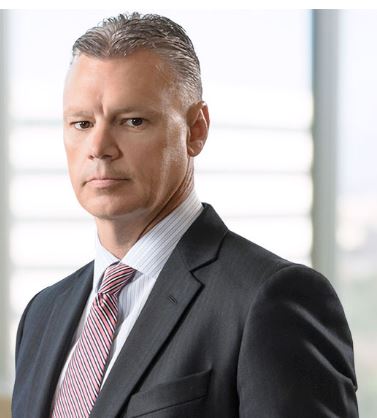 Scott Summy is a shareholder at Baron & Budd, one of the largest and oldest firms in the United States that specializes in environmental litigation. Mr. Summy heads the firm’s Environmental Litigation Group, which litigates complex environmental contamination cases all over the country. A large part of the Group’s practice focuses on representing public entities in litigation to recover costs of removing chemical contamination from public water supplies, governmental facilities, natural resources, and public property. Through this type of litigation, the Group seeks to shift the costs of remediation to the chemical manufacturers and suppliers responsible for the contamination — and away from public entities and taxpayers. The Group also represents individuals and public entities in large complex cases including wildfires and oil spills. The Group has also taken on several cases representing school districts against e-cigarette manufacturers for the health crisis caused by youth vaping.

Mr. Summy and his Group represent large public entities including San Diego, Long Beach, San Jose, Oakland, Berkeley, Portland, Port of Portland, Spokane, Seattle and the State of Washington in environmental and public nuisance actions against Monsanto Company for polluting America’s waterways with polychlorinated biphenyls (PCBs). He has been appointed a Special Assistant Attorney General for the State of Washington in the case.

Mr. Summy represents Sonoma County, Napa County, Mendocino County, Lake County, City of Santa Rosa, Ventura County, City of Ventura, Santa Barbara County, City of Santa Barbara, Montecito Water District, Fire Protection Districts and other public entities in both Northern and Southern California in litigation against PG&E and SoCal Edison for damages resulting from the devastating wildfires of 2017. Mr. Summy and his group obtained a $1 billion settlement from PG&E on behalf of 14 public entities for taxpayer losses caused by the 2015 Butte Fire, 2017 North Bay Fires, and 2018 Camp Fire. They also secured a $360 million settlement from Southern California Edison on behalf of 23 public entities for taxpayer losses caused by the 2017 Thomas Fire, the 2018 Montecito Debris Flows, and the 2018 Woolsey Fire. In addition to several public entities, Mr. Summy represents thousands of families and businesses who lost everything due to the negligent maintenance, inspection, and operations of these investor-owned utilities.

Mr. Summy was recently appointed as Co-Lead Counsel by the court in AFFF MDL No. 2873 pending in federal district court in South Carolina. This litigation focuses on PFAS contamination to the environment by its use in fire foam. The litigation focuses on the manufacturers of AFFF and PFAS and seeks damages for the extensive contamination. This is the hottest environmental issue in the United States presently. Mr. Summy represents numerous public entities in the MDL.

Mr. Summy is also serving as Co-Chair of the General Liability Discovery Committee and the Science

Mr. Summy and the Group are currently seeking relief on behalf of public water providers and individuals against E. I. du Pont de Nemours and The Chemours Company for decades-long contamination of the Cape Fear River, along with the air and groundwater near the Fayetteville, North Carolina, plant, from Gen-X compounds and dozens of other per- and polyfluoroalkyl substances in the PFAS chemical family. For 35 years DuPont and Chemours have contaminated the river and over a hundred private wells around the plant. Mr. Summy and the Group represent Brunswick County, the Town of Wrightsville Beach, and the Lower Cape Fear Water & Sewer Authority as they seek to recover the costs of removing all PFAS chemicals before the water is distributed to the public. The Group also represents the owners of most of the private wells around the plant that have been contaminated and is seeking damages for well filtration, all costs associated with filtration and property damage. This case is of national significance as focus has shifted to the prevalence of PFAS chemicals around the country.

The Environmental Litigation Group has represented hundreds of public water providers in litigation arising from contamination of water supplies with MTBE, a gasoline additive. Among numerous MTBE cases, Mr. Summy served as Co-Lead Counsel in the MTBE Multi-District Litigation pending in New York. Mr. Summy has recovered significant dollars against major oil companies who decided to blend MTBE into gasoline knowing that it would likely contaminate water supplies. Mr. Summy and his Group have represented over 200 public water providers and recovered in excess of $1 billion. Mr. Summy continues to file new MTBE cases across the country and currently represents the States of Vermont and Rhode Island and a number of municipalities in new MTBE litigation.

Mr. Summy also represented all public water providers in the United States whose water was contaminated with atrazine, a common agricultural chemical used on corn and other crops. On behalf of these water providers, the Group brought claims against Syngenta, the company that makes atrazine and is aware that its normal use causes drinking water contamination. Mr. Summy negotiated a settlement awarding $105 million to public water providers nationwide.

Mr. Summy’s experience with environmental litigation led to a leadership role in the litigation arising from the Deepwater Horizon explosion and oil spill in the Gulf of Mexico. In 2010, he was appointed to the Plaintiffs’ Steering Committee and Plaintiffs’ Executive Committee in the Gulf Oil Spill Multi-District Litigation in the Eastern District of Louisiana. In that capacity, he played a critical role in negotiating a settlement and claim procedure for the tens of thousands of individuals, businesses, and governmental entities injured by the oil spill. The Group recovered approximately $153 million on behalf of oil spill clients it directly represented. The leadership groups to which Mr. Summy was appointed laid the groundwork for over $13 billion in recoveries for thousands of individuals, businesses and public entities impacted by the oil spill.

Mr. Summy also successfully represented the City of Santa Barbara in an oil spill caused by Plains All American. He and the Group now represent Santa Barbara County in the same oil spill.

Mr. Summy and his Group have successfully represented eight public water providers against the chemical manufacturers of TCP. To date, the Group has recovered approximately $220 million on behalf of its clients.

The Environmental Litigation Group’s important work for public water providers has been recognized by the legal community on a number of occasions. His groundbreaking work for California communities affected by MTBE won Mr. Summy and his legal team the “Attorneys of the Year” award from California Lawyer in 2001. And Public Justice twice named Mr. Summy and his team as Finalists for the organization’s Trial Lawyer of the Year Award — in 2009, for cases arising from MTBE contamination, and again in 2013, for cases arising from atrazine contamination. In 2016, Mr. Summy was named in Best Lawyers® Mass Tort Litigation/Class Actions – Plaintiffs as “Lawyer of the Year” in Dallas/Fort Worth, a distinction awarded each year to the attorney who receives the highest voting average by his peers in the Dallas/Fort Worth Metroplex for his area of practice. Mr. Summy has also been included in The Best Lawyers in America in Mass Tort Litigation/Class Actions – Plaintiffs every year since 2006 (Best Lawyers®, 2006-2019).

Mr. Summy and his Group are currently representing multiple school districts in California, including Los Angeles Unified School District, Glendale Unified School District and several others, in lawsuits against JUUL Labs, Inc. for their role in creating and fostering an e-cigarette epidemic that has invaded schools and diminished the education and learning environment for all students.

Mr. Summy is licensed to practice law in Texas, North Carolina and New York. He is AV-rated by Martindale Hubbell.

United States Court of Appeals for the Fifth Circuit

United States District Court for the Northern District of Indiana

Selected by Benchmark Litigation, the Guide to America’s Leading Litigation Firms and Attorneys, as a Leading Plaintiffs Star in Texas (2012)

Attorneys of the Year Award for Environmental Law (California Lawyer, 2001)