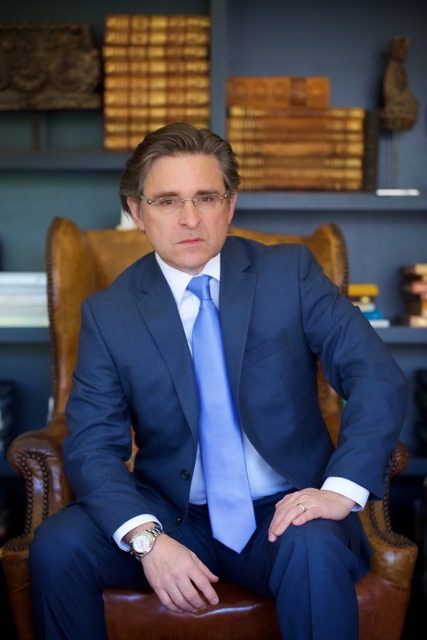 “I don’t just prepare to fight, I prepare to win. I believe if you want peace, you must be prepared to go to war.”

Mr. DeGaris has written extensively on cutting edge legal topics, including the role of judges in the settlement process, politics and its influence on the judicial system, and various dangerous pharmaceuticals and medical devices. His legal writings have been published nationally and internationally in diverse publications ranging from the University of Tasmania Law Review to West’s Federal Rules Decisions (F.R.D.), Voir Dire, the Cumberland Law Review, the Australian Dispute Resolution Journal, The Trial Lawyer, The Alabama Lawyer, The Alabama Association for Justice Journal and most recently in TRIAL magazine. In addition to his publications, he is also a frequent lecturer nationally on a variety of marketing and litigation topics, including defective pharmaceuticals and medical devices. Recent speaking engagements have focused on educating lawyers and paralegals on the fundamentals of multidistrict litigation.

The founding partner of this firm with a practice focused on personal injury, complex litigation including defective medical device and pharmaceutical drug litigation, and environmental matters.

The founding partner of this firm with a practice focused on personal injury, complex litigation including defective medical device and pharmaceutical drug litigation, and environmental matters.

A founding partner of this trial firm, with a practice focused in the areas of personal injury, wrongful death, defective device and pharmaceutical drug litigation, aviation, and environmental matters.

Appointed to ADR Panel of Neutrals