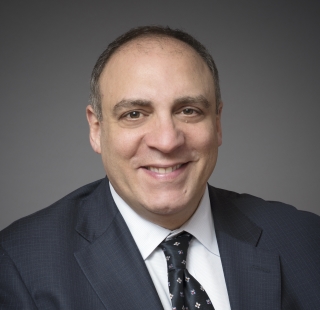 Since launching his legal career in 1989, Scott’s purpose has been to represent ordinary people against the powerful. Scott works directly with his clients to understand the full impact of their situation, the struggles and challenges they face, and their expectations of the legal experience. This lets him help his clients achieve their legal goals, deal with the emotional, financial and physical effects of their tragedy, and move forward with their lives. Helping others ease their burdens to improve their lives and find justice when it matters is how Scott tries to lead a purposeful life.

Mesothelioma (asbestos-related cancer), toxic exposure, mass injury, and class action lawsuits. Scott is licensed to practice in Texas, Pennsylvania, Illinois and New Mexico. His extensive education and experience in the law, negotiation and advocacy is a powerful combination that regularly leads to exceptional results that provide his clients with meaningful change for a better future.

Outside of the office, Scott enjoys spending time with his family and supporting his community through involvement in a number of organizations. He was previously the Vice President of the Rothko Chapel Board of Directors in Houston, Texas, an International Human Rights organization founded around the principles of the Rothko Chapel itself to promote education and discourse in the area of human rights. In addition, Scott is the Founder and past President of Save Town Lake in Austin, Texas, formed to preserve open spaces around the iconic centerpiece of Austin, Texas—Lady Bird Lake. He is a member of Rotary International through his membership in the Downtown Rotary Club of Austin. And he serves on committees within the American Association of Justice and the American Bar Association through his membership in both organizations.

AV rated by Martindale-Hubbell since 2004

Judicial Law Clerk to the Honorable Robert Porter, Chief Judge of the United States District Court for the Northern District of Texas, 1989-1990

Associate Editor, Journal of Law and Commerce, University of Pittsburgh, 1987-1988

University of Pittsburgh School of Law, J.D. with Honors, 1988