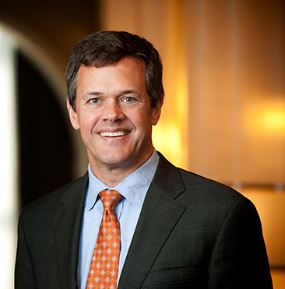 While at the University of Georgia, Mr. Pope served on the Editorial Board of Georgia Law Review and was a member of the National Moot Court Team. Since graduation, Mr. Pope has established a career in which he has been recognized by his peers for his success in products liability, medical negligence, and general personal injury cases.

Before partnering with Marc Howard in 2005, Mr. Pope defended product manufacturers, healthcare providers, insurance companies, and other businesses. Since that time, Mr. Pope has turned his attention to individuals, families, and businesses that have been injured by the wrongful conduct of others.

In the years since forming Pope & Howard P.C., Mr. Pope has earned many accolades. In 2007, The Daily Report named Mr. Pope one of 15 Georgia lawyers "On the Rise". He has regularly been included in the SuperLawyers publication (top 5% of attorneys), and he is among the ? of 1% of attorneys invited to become a Fellow in the American Bar Foundation. Mr. Pope is currently the President-elect of the Georgia Trial Lawyers Association.

Outside of Pope & Howard P.C., Mr. Pope has served as an adjunct professor of litigation at the Emory University Law School, regularly lectures on a variety of topics at seminars for attorneys, and is frequently asked to testify before various committees of the Georgia General Assembly on legal matters. He also volunteers with the Truancy Intervention Project, where he provides free representation to truant high school students in Atlanta.

Member of the Joseph Henry Lumpkin Inn of Court

Member of the Order of Barristers

Fellow of the American Bar Association (since 2006)